There are only 2 regular silent letters in the Spanish language.

But, you’ll need to be careful with both of these letters because they are silent in some words and pronounced in others.

In addition, when I say ‘regular’ silent letters I’m referring to the pronunciation of traditional Spanish words, not words that have been adopted from Greek or other languages.

In this post, I’ll give an overview of the two silent letters in Spanish including where and how you need to use them.

Since this post is about pronunciation, I’ll also include some short mp3 recordings to demonstrate what the words sound like to avoid any confusion with phonetic spelling.

The first silent letter in Spanish is the letter H. This letter is always silent unless it is next to the letter C.

When you see the letter C next to an H you need to make a ch sound. This sound is almost identical to the ‘ch’ sound in English.

In the Spanish alphabet, the word that represents the letter H is hache. Since this word starts with an H and has a ch, it makes for a great first example to demonstrate the pronunciation of H and ch.

Here are two more examples of words that also start with H:

Here are two examples with the letter H in the middle of the word:

To finish the section on the letter H, here are two examples with a ch:

In the majority of Spanish words with a U, the sound you need to make to represent the U is like a double “oo” in English and rhymes with the English word “too”.

Here are two examples of words with the typical pronunciation of the Spanish letter U:

In contrast, the letter U is silent in Spanish words when it is next to a Q or sandwiched in between a G and an E or a G and an I as gui and gue.

Here are some examples with U after a Q:

Here are some examples with a gui:

Here are some examples with a gue:

To make things slightly more confusing, whenever you see a Ü in Spanish with a double dot, you need to pronounce the U sound. You will see this letter in situations like the last two examples as either a güe or a güi.

Here are some examples with a güi:

Pingüino (penguin)
(Notice how the güi sounds like “gwee”)

Here are some examples with a güe:

Vergüenza (embarrassment)
(Notice how the güe here sounds like “gwen”)

Bilingüe (bilingual)
(Notice how the güe here sounds like “gwe”)

Adopted silent letters from other languages

At the start of the post, I mentioned that there are silent letters that occur in words that have been adopted from other languages such as Greek.

Here are a few examples:

These are fairly low use words so I don’t recommend you spend too much time on them (unless you are a psychologist and need this word to explain what you do).

Choose some examples from this post and practice the pronunciation by copying recordings. Also, try them out with a Spanish native in a language exchange or with a teacher.

As a bonus for reading this post, if you sign up to the Real Fast Spanish School and mention this post in an email, I will offer you a free one-on-one Skype lesson as another opportunity to practice your pronunciation.

If you would like to learn more about pronunciation check out this podcast episode.

How can you remember the silent letters in Spanish? 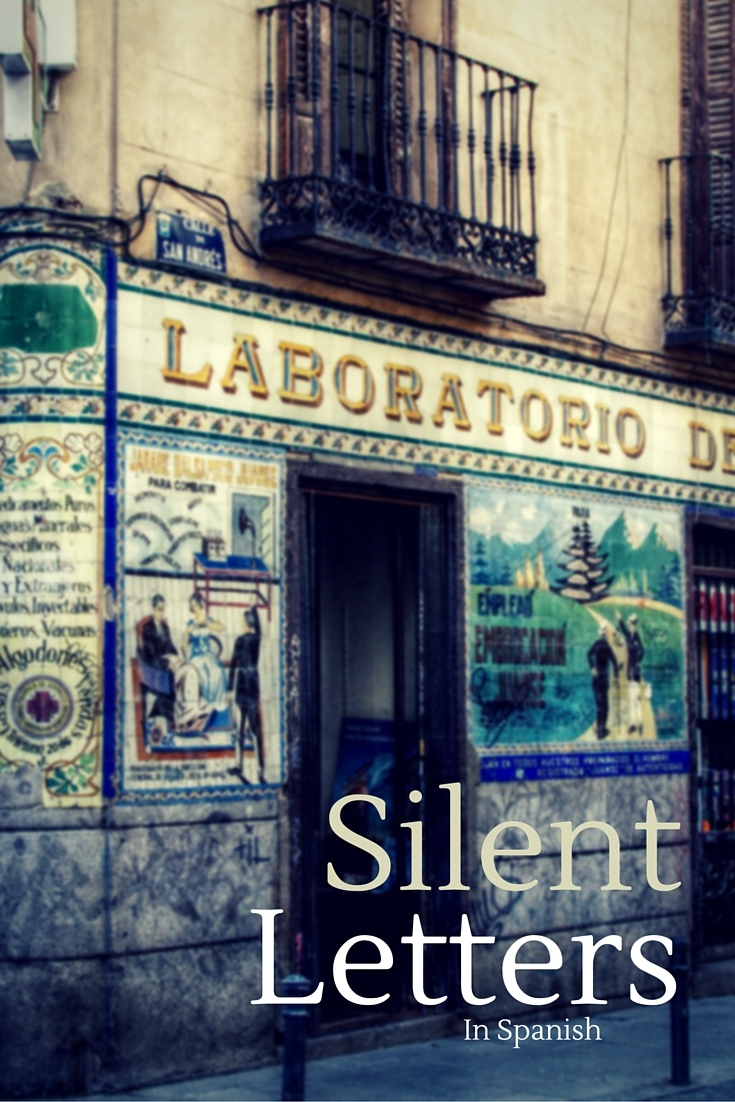